Eve Hostettler is the saviour of Isle of Dogs’ history 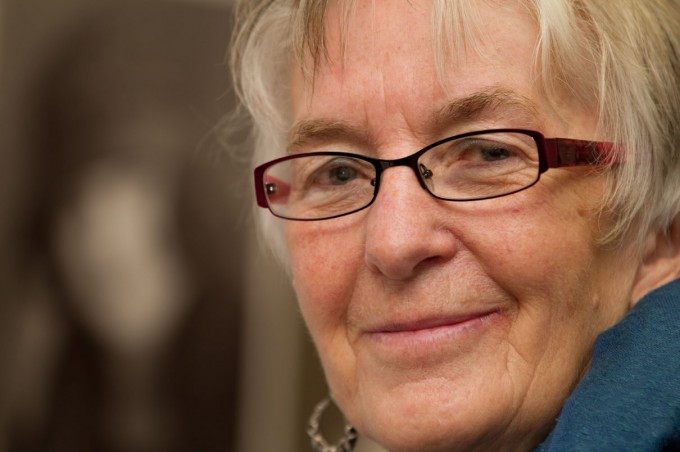 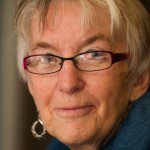 Eve Hostettler, 72 is the saviour of Isle of Dogs history. She keeps the story of people, docks and ships through images of the past alive. The life of people was dramatically changed by the blitz in World War II.

Eve, who did her BA and MA degrees in Essex University in history, talks about her passion to rediscover the spirit of a working class community which was the main hub and gateway to the city of London. She sacrificed her PhD and her life in Lincolnshire Countryside 32 years ago to enter into a new challenging life in a deserted ghost-like town. 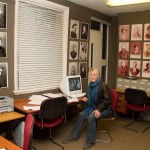 “I was working on my research project in 1980 when one day my tutor showed me a job advert for a community project in London which changed my life” says Eve. She describes her first visit to the area: “I travelled by a bus to London and then look around the Island. There were a lot of trees and council housing blocks, and not many old buildings. It was not beautiful and seemed like an abandoned place, but I knew it is my place and I have to be here.”

Eve, who looks younger than her age has married twice and has 2 children and 4 grandchildren, works in Island-Trust with the same energy and enthusiasm as she started 32 years ago. She draws a salary but spends a lot of her time doing volunteering work. Eve is a proud writer who has been fascinated about the history of the Island which led her to write her two books about the history of Isle of Dogs from 1066 to 1980. She also publishes a bio-monthly news bulletin which keeps the spirit of Island alive.

Eve got used to the area very quickly and although she did not know anyone, she managed to build her personal life and tried to learn and communicate with local people. She says: “I only knew my fellow worker Bernett. We did not know anyone and anything about the Island. We got a couple of bikes and cycled around the island to get an overall view of the area. It was empty and very quiet.”

They decided to drop leaflets in people’s houses to invite them to tell their stories and send their old pictures. Out of 1000 leaflets, only Ada Price responded who became a great volunteer. Her tremendous knowledge of the area helped them a lot.

“I started history classes in George Green School. The local people were very keen to know about the past history and wanted to relate to it. One day one of the participants brought along a photo showing Islanders from the 1930s. It was amazing and a great starting point” says Eve.

The photo was a turning point in Eve’s oral history project which consequently concluded an archive of over 5000 images mainly provided by local residents. She enlarged the image and placed it at shop windows which attracted a lot of attention. “It was just like bees in a honey pot. People started talking about it. They recognised the relative or friends and found some kind of connection with it. The people who were grown up in 30s and their childhoods had been blown apart by the war” Says Eve.

Eve talks emotionally: “Their homes and schools had been bombed, their whole lives had been turned upside down and after that they lost touch with people. The photo restored their connections and the idea grew in popularity. Our project brought people together to share their memories and tell their stories.”

Eve continues: “The people still say it was a lovely place to live despite poverty”. It was a warm and vibrant community with deep integration. The people lived there and worked in docks or factories in walking distance and used to join in pubs in the evening. Eve’s photo archive project enabled people to rediscover their childhood memories.

The collection was digitised in 1990s and may become available online soon. Following her work which started in 1980, the project became a registered charity in 1985. It is run by local trustees and funded partly by subscriptions and donations. The Islands historical asset is kept in two little-known offices in Dockland Settlement Centre.

Eve’s best memory of Island is when she walked everyday through the garden roses to get into her job next to Christ Church and she never regretted to leave her PhD research. Her worst memory has always been lack of funding and her anxiety to keep the project going.

The dramatic story of Island never ends and nothing stops Eve’s work while she is fit to do so.