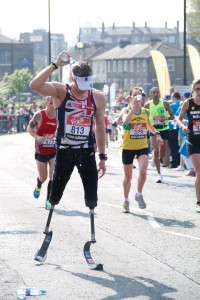 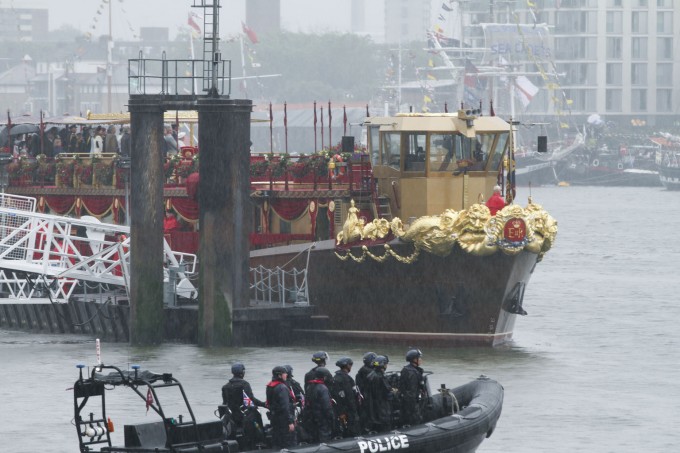 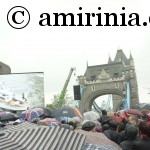 I watched part of the Queen’s Diamond Jubilee river pageant celebration on TV on Sunday 3rd June. As a keen photographer, I felt that it was a shooting opportunity I should notmiss. The weather was not encouraging though. I continued watching the program on TV and followed the flotilla pass in front of the Queen and head towards Tower Bridge. I was not sure whether to go or carry on watching it on TV. It was after 3:30pm that I eventually decided to go, along with my wife, despite the bad weather.

I approached Tower Bridge, seeing the crowd standing and waving their different coloured umbrellas, watching the big screen while access to the bridge was closed to the public. 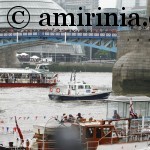 The place was very crowded, wet, slippery and uncomfortable. It was not easy to move around without knocking someone’s umbrella. I returned and tried to approach the river through a side road. But it was closed. I quickly decided to go through St. Katherine’s Dock and Tower Hotel. It was an easier route than I expected. I passed through the hotel entrance and got into the east side of the bridge. There was a crowd of people with British flags, painted faces and some dressed from head to toe in the colours of the Union. I had to use my camera over people’s shoulders to capture the scenery. I was getting very annoyed and the rain was getting heavier. 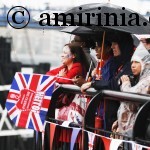 Finally, I managed to get to the front of the railings and not have anyone in front of me. However, I had a short girl standing next to me and the rain slid down the side of her umbrella and poured over my jacket. I was getting really irritated. My wife was holding the umbrella for me, but it kept moving away and the rain was getting over my camera. I was feeling cold and wet and my wife was also nagging me to go home. However, I continued and became more engaged in taking photos of the boats and ships, which passed through the opened bridge and by the Queen’s ship which was to my left. I could see some people’s backs on the royal ship but could not recognize them. I took a lot of pictures of the people, the bridge, the buildings and boats around me. 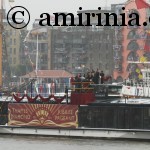 As the orchestra brought the pageant to an end, I slowed down and focused on taking pictures of the people who moved across the bridge in the far distance and the crowd around me. Despite very bad weather conditions, it was a cheerful day to see a large crowd by the River Thames celebrating a national day. I was also very pleased to have the opportunity to capture a historical moment. 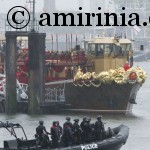 When I checked my images of the event later in the evening, I noticed that I had actually captured shots of the Queen and the Royal family, but unfortunately from behind and side view.